Children's Interactive Garden In Pennsylvania Gets "Two Green Thumbs Up"

CHILDREN’S INTERACTIVE GARDEN IN PENNSYLVANIA GETS

Members of the South Schuylkill Garden Club of Pennsylvania collaborated with multiple community organizations to establish the Walborn Community Playground Children’s Interactive Garden in Orwigsburg, Pennsylvania. Prior to the beautification effort, the drab playground, situated in a lower-middle-class neighborhood, featured only a small pavilion, swing set, basketball court and one piece of climbing equipment. 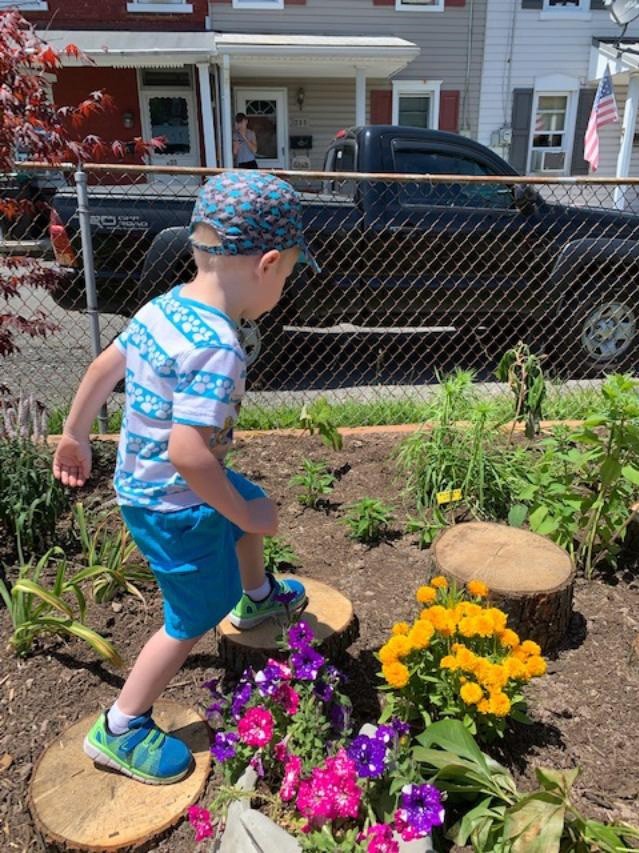 The ambitious plan, launched by garden club members, was to create an interactive children’s garden by adding elements of color, shade, texture – and a little whimsy – to the neglected area. Members worked closely with borough workers of the town of Orwigsburg to turn soil, dig holes, set posts, cut a foot path and set a fence around the garden. Members spread loads of top soil to amend the clay soil, donated and placed flowers around the garden and along the walking path and spread mulch. To embellish the garden, students in art classes at Blue Mountain High School made colorful animal silhouettes, which were secured to the fence by members of Team Orwigsburg, a local community improvement group. Additional work included leveling the ground to accommodate several “stepping stumps.” Two concrete elements – a bench and bunny planter – were added for charm. 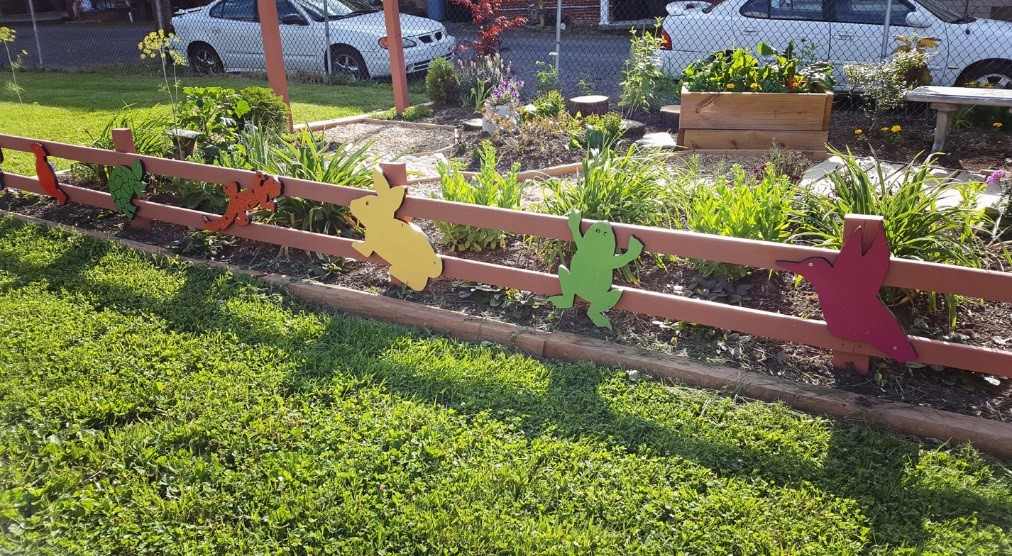 Students in art classes at a local high school made whimsical animalsilhouettes for the garden fence.

The completed garden captures a child’s imagination, as well as encourages exploration by engaging the five senses. Children stop to see, feel, touch and smell the flowers and herbs planted along the inviting path, which feature a wood bridge and stone elements.  Sounds include the hum of bees and chirping birds. The new plantings attract butterflies. Children enjoy hopping on the wood stumps, playing in the planting box and hiding in a hut shaded by the branches of a Japanese maple, one of two new trees planted in the garden by garden club members. Pavers were placed in a playful hopscotch pattern. Plant identification signs were added to planted areas throughout the garden to spark learning. The refreshed space encourages outdoor time and a connection to nature.

The project, a gift from and funded by the South Schuylkill Garden Club to the town of Orwigsburg, also received funding through a Fred V. Knecht Memorial Fund and a National Garden Clubs’ Plant America Community Project Grant. A celebration and grand opening of the garden to the public coincided with National Garden Week in June. Events included art projects and appearances by herbalists, pollination experts, a tree expert and more. 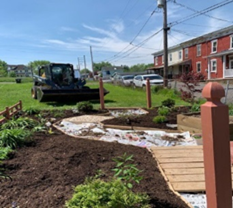 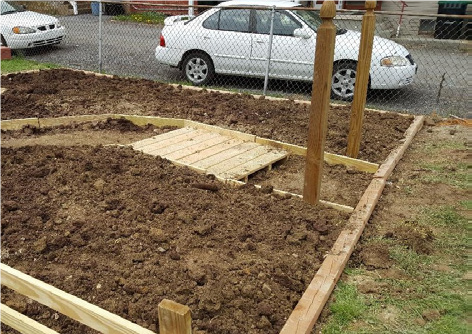 Heavy equipment was needed to help clear a structured garden space that features a wood bridge and stone pathway. The pathway was designed to create auditory experiences. Young visitors delight in hearing the crunch of their footsteps in the loose stone and the muffled sounds their steps make when they stomp across the bridge.

Articles and photos reprinted with permission by The National Gardener, Fall 2019

This is a very interesting and attractive project that could be replicated by other clubs in villages, towns and city neighborhoods throughout the country. It was great to see involvement of high school age students and other local organizations. Collaboration is a great way to get things done! 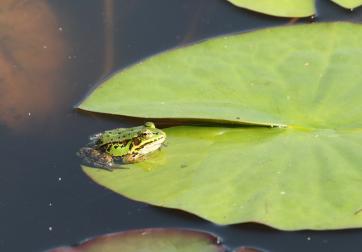 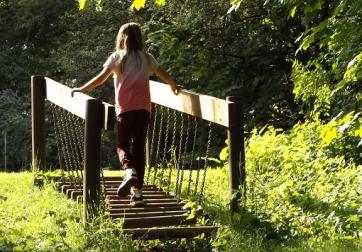 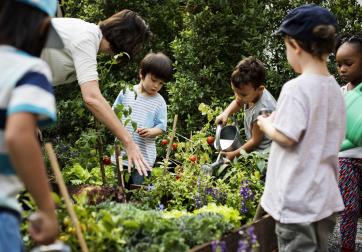