Wouldn’t it be wonderful if all communities worked together to beautify their towns?  Well, Greenkeepers Garden Club of Searcy, Arkansas is doing just that!

Civic beautification is an on-going project for this club.  They recently partnered with Think ART Project to promote the city’s recognition of becoming the first Pollinator Friendly City in our state.  Their goal was not only to enhance the city’s downtown area through art, but to honor a very special member, Joyce Moore, who had recently passed away.  A Bee Kind mural, featuring a honeybee on a honeycomb, was submitted to the club.  The club donated the initial funds and with the assistance of the artist, Jason White, obtained a corporate sponsorship from ArCare.  Additional funds were contributed by members, friends, and the club for a total of $4,500.

The Bee Kind mural is located in the historic downtown area and is the perfect backdrop for the garden that members and students from Harding University help to maintain. The mural was dedicated in memory of Joyce Juanita Moore on October 23, 2019, one year after her passing.  Joyce was a member of Greenkeepers Garden Club, a Flower Show Judge, and a member of Judges Council of AFGC.  She served as chairman of the State Flower Show and won numerous awards.  Her talents were recognized locally in beautification projects at Harding University such as the “Holiday of Lights” project with the Williamsburg inspired wreaths.  At the state and national level, she was chosen to design and decorate the Arkansas Governor’s Mansion and the White House for their Christmas open houses for many years. The verse on the mural, “Kind words are like honey – sweet to the soul,” Proverbs 16:24, described her perfectly.

The Arkansas Federation of Garden Clubs commends Greenkeepers Garden Club for their commitment and dedication to this wonderful tribute to Joyce and for their continued efforts of civic beautification.

We are very proud of our project and the message it sends. Garden clubs are important in our communities to bridge gaps and make our spaces beautiful and welcoming.

I love this idea!!! I don't own a store, but I do have a fence. this is a great idea to have painted on my fence which is where all of my gardens are. I walk them every day and this will be a reminder to bee kind. 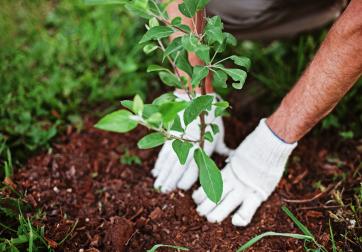 Foxes On The Fence 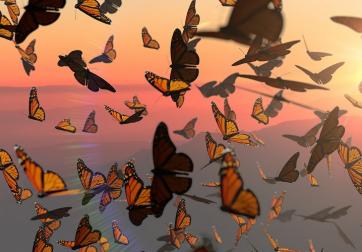