National Garden Clubs, Inc. announces the 2021 winners of its highest honor, the Award of Excellence. Each year, this Award recognizes exceptional individuals, organizations or institutions that advance NGC’s goals and purposes.

By combining his innovative gardening ideas, knowledge of horticulture and advocacy for sustainability with his desire to share and educate, Bruce Crawford will make all who encounter him better gardeners who are aware of the impacts of their gardening decisions and their ability to create a more environmentally friendly world.

Nancy Vehrs is a conservation catalyst.  Her mission is to inform people about the attributes and importance of native plants.  She uses social media to attract thousands of individuals, conservation coalitions, garden clubs, and other green groups, globally.

Pat Woodrum has held many positions over the years as the botanical garden was built, Executive Director, CEO, President and continues as a member of the  Board.  Pat’s extensive work and vision has helped create a world-class botanical garden, the Tulsa Botanic Garden!

Award of Excellence for Regions 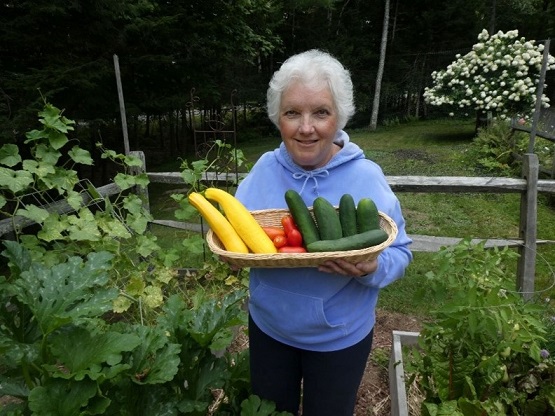 While many people have a New Year's resolution of losing pounds, the New England Region wanted to gain pounds according to Suzanne Bushnell, New England Director. All six states in the region participated with donations of fresh fruit, vegetables, herbs, and flowers to raise the spirits of those needing a helping hand.

RESULTS: An astonishing 9 tons of produce (17,994 pounds) were grown and donated from the six state federations. A total of $11,461 was raised and donated by clubs to various soup kitchens, food pantries, and other organizations to buy food or prepare meals, buy seeds for gardens, and purchase CSA shares for donating to food pantries. While the exact number of volunteers involved in our Region project is not available, donation forms were turned in representing 24 garden clubs and 31 individual growers. We estimate several hundred volunteers were active participants in the project. Thirty-seven different organizations were recipients of our donations.

OTHER HIGHLIGHTS: Foreign students, stranded because of the pandemic and unable to eat in (closed) school cafeterias at Wellesley College and Babson College in Boston, were the recipients of fresh produce from the Medfield Community Garden (Massachusetts). In Maine, Harpswell Garden Club helped to raise 2,955 pounds of food donated to a local food bank and used to prepare meals for the elderly in a new program called Harpswell Aging at Home.

Congratulations to the 2021 AOE Winners!