One group of plants that has a near universal appeal among garden­ers is the Hydrangea. Admittedly, I have long been infatuated by this group of plants myself! This adoration is com­pounded by the onslaught of new cultivar introductions over the past 25 years, ensur­ing that there is now at least one Hydrangea suitable for nearly every garden! However, there is still much mystery to this group of plants, with much of that mystery focusing upon how various Hydrangeas should best be pruned. Hopefully, some of the mystery can be resolved!

Hydrangea was first penned by the Swed­ish botanist, physician, and zoologist, Carl Linnaeus (1707-1778), in 1753. The name is derived from the Greek Hydor, meaning water, and Angos, meaning vessel or jar. Thus, its direct translation is water jar! The name refers to either the general shape of the showy sterile florets, which are shaped like a cup, or it may refer to the seed pods, which resemble miniature water jars.

Al­though most likely not the affiliation with water that Linnaeus was considering, many species will also wilt painfully during periods of drought and need copious amounts of water during periods of prolonged drought! The four species of Hydrangea that are most frequently used in New Jersey gardens are native to four distinct regions of the world, which proves helpful when deciding how to prune the plants. Those native to colder regions of the world produce flower buds on new wood. If the previous year’s growth was frozen to the ground during extreme cold spells or possibly grazed by a hungry animal, the plant would be able to rebound, produce flowers and seed during the following year, ensuring new future plants. By contrast, if the plant is native to warmer winter climates, and winters wrath is no longer a concern, it is more energy efficient for the plant to produce the flower buds on the previous year’s wood, and avoid the need to push three to six feet of new growth before blooming.

Hydrangea arborescens, the Smooth Hy­drangea, is native from New York to Florida and West to Missouri. In the wild, the plants are typically found growing in shaded sites in soils that are often moist or humus rich. The species epithet of arborescens re­fers to the similarity of the form of plants found in the wild to that of a tree. Since it is native to the cold climates of New England, it blooms on new wood. Con­sequently, this plant can be pruned to the ground at any point from January through late March.

This also helps the overall shape of the plant, as the stems or canes will often col­lapse under snow and ice load. The flow­ers are white and normally appear in a flat or slightly mounded configuration called a cyme. The center of the cyme consists of fertile florets, which produce seeds and contain both anthers and a stigma. In turn, they are ringed by sterile florets, which have petals. This type of flower arrangement is referred to as a lace-cap flower. Lace-cap flowers are ideal where the plant is situated for close-up and personal viewing.

However, if the plant is to be viewed from afar, consider the Hortensia or mop-head Hydrangeas. This group features large balls of predominantly showy sterile florets. They are called Hortensias since they oc­cur under horticultural cultivation and very rarely in the wild. The reduced number of fertile florets and the subsequent reduced production of seed does not permit them to be as successful at reproducing themselves as do the lace-caps! For the gardener, the Hortensias provide a nice display, even at 60 MPH, and the large balls of lacy florets provides the garden with a more harlequin appearance. For Hydrangea arborescens, a very attractive Hortensia is ‘Annabelle.’

Discovered near Anna, Illinois, this plant produces large green flowers in early June, which mature to pure white by mid-June before fading to green and finally to tan for winter. A wonderful plant for the garden. Very similar in appearance is the selec­tion named ‘Incrediball’™. Although it is reputed that in fertile soils the flower stems of ‘Incrediball’ are less likely to flop following heavy rains, I have seen both perform very admirably in the garden. The key, of course, is to amend the soils with ample amounts of compost to maintain adequate soil moisture and to avoid fertilizers, which will result in stems that collapse more readily.

I have found ‘Blue Wave’ and ‘Tokyo Delight’ to be very winter hardy. As a bonus, both provide the benefit of fall color—an unusual trait for Large-Leaved Hydrangeas. Of the Hortensia types, ‘Nikko Blue’ is an old but noteworthy selection as is a more recent introduction, ‘Endless Summer®’. ‘Endless Summer®’ will actually rebloom in August and September on new branches that have sprouted from older stems. Following the icy and prolonged winter of 2014, the canes of most ‘Endless Summer®’ cultivars died to the ground and most plants failed to bloom. It became evident that in order for flower­ing stems and flowers to reappear later in the season, an existing older stem needs to exist as the originator of these shoots—new shoots produced from the base do not bloom on current season’s growth! Thus, it is best to prune ‘Endless Summer’ by the thinning of old canes, just as is done with the other cultivars, and not by cutting the plant to the ground.

The remaining two Hydrangeas that are commonly used in gardens are Hydrangea paniculata and Hydrangea quercifolia. Both of these plants produces a white-coned shape called a panicle, which consists of a central stem that in turn is branched, produc­ing a cone-shaped flower.

Hydran­gea paniculata, the Panicle Hydrangea is native to cold, mountainous re­gions of Japan and China and blooms on new wood. Un­fortunately, pruning is not as straight forward as with the Smooth Hydran­gea. Similar to the previous two spe­cies, some plants have copious amounts of sterile florets while other plants have more limited quantities. Selections such as Hydrangea paniculata ‘Unique’ have a more open panicle with a large number of fertile flowers.

These types of plants can be treated in several different manners: they can be pruned back heavily, nearly to the ground; pruned moderately, leaving a 3-4’ tall framework for the new growth to grow from; or simply not pruned at all! If the plants are pruned heavily to the ground, they respond with 5-6’ tall canes with no­ticeably larger flowers. Since ‘Unique’ has less sterile florets in a panicle to catch rain­water, heavy rains will not weigh down the flower, allowing the plant to stand “proud” throughout the summer. Other plants, such as H. paniculata ‘Limelight’ produce large quantities of sterile florets; if these stems are cut back severely, the tall canes are not able to support the heavy panicles and will bend to the ground under the weight. Thus, they should be cut back to a three to four foot tall framework, or not at all, which will yield a more modest one to two foot spurt of new growth that can adequately support the flowers. Of all the species, Hydrangea paniculata has probably seen the most ac­tivity with the release of new cultivars. The most significant improvements focus upon selections whose flowers age from white to pink in late summer and early fall. Tradition­ally, the flowers have faded to tan. Plants such as Hydrangea paniculata ‘Quick Fire,’ ‘Pink Diamond,’ and ‘Limelight’ present this floral color change, which not only provides extended interest, but also more potential plant combinations in the Garden. They look great combined with the red fall color of Itea virginica ‘Henry’s Garnet’ or the wonderful golden yellow of Amsonia hubrichtii. Most selections of Panicle Hydrangea typically grow to between 8’ and nearly 20’ tall with time. If this exceeds the garden’s space al­locations, there are several compact forms, including ‘Little Lime™’ and ‘Dharuma’ that grow to a more diminutive 4’ tall!

The last of the quartet of popular Garden Hydrangeas is Hydrangea quercifolia, or the Oak Leaf Hydrangea. It is native to shady, woodland regions of Georgia, Alabama and parts of Florida. Amazingly, it is also very hardy in New Jersey. As the name implies, the leaf shape is very reminiscent to that of an Oak and they develop fantastic fall color! Similar to Hydrangea paniculata, they also produce a panicle flower. However, since they are native to warmer climates, the flower is produced on previous year’s growth and—considering that these plants wish to grow from eight to ten feet tall—it is nearly impossible to keep them at a more restricted size while not removing any flowers.

At best, the plants can be lightly shaped as they will often throw a branch that disrupts the overall rounded form of the plant. Plants are best located away from buildings or other architectural entities that could be ‘eaten’ as they age, allowing them to become a perfect screen or backdrop to the garden. If a smaller plant is of need, ‘Peewee’ and ‘Ruby Slippers’ are two selections that mature to 4’ tall. The advantage to ‘Ruby Slippers’ is the attractive aging of the flow­ers as it  passes from a clean white during summer to a rich red during late summer and fall—a very stunning plant.

The flow­ers of ‘Peewee’ simply age to tan. Of the remaining selections available, ‘Snow Flake’ is a unique plant, producing very attractive double, or hose-in-hose flowers. It, too, slowly fades to red as fall approaches, with its only downside being the sheer weight of the flower. The weight produced by the extra flower petals causes the flowers to droop down, which may prove to be unattractive to some gardeners. Amazingly drought and heat tolerant once established, Oak Leaf Hydrangea is as much at home in the sun as the shade in New Jersey. It simply needs space to grow!

Hydrangeas have been one of the great staples for the garden during the past cen­tury. With the numerous additional selec­tions that have been added to the list over the past 20+ years, it is certainly guaranteed to retain this honor throughout the next cen­tury. The key is identifying the plant’s native provenance, or “home,” as that will foretell how best to prune the plant, since, as we all know, a properly pruned Hydrangea is a Happy Hydrangea!

Article and photos reprinted with permission by The National Gardener, Summer 2015. 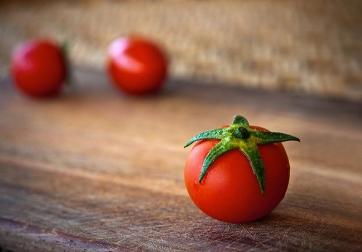 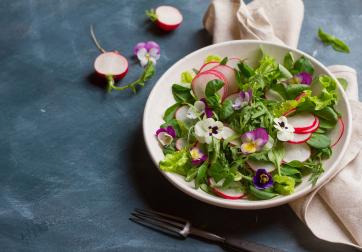 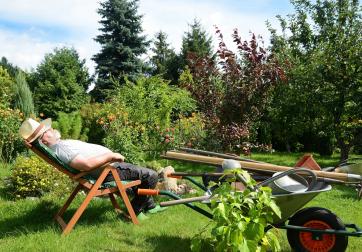 What Not to Do in the Garden